Chat with us, powered by LiveChat

You must have heard about the proposal to construct a hydropower plant at Murchison falls. The proposal was submitted to the Electricity Regulatory Authority (ERA) on 7th June 2019 by Bonang power project dam at Murchison falls. However, the proposal was bitterly rejected by conservationists, tour operators, nature lovers and the entire tourism fraternity in Uganda. Within 2 weeks after the announcement, over 3000 people have signed the petition against the construction of a hydropower plant at Murchison falls national park. If you haven’t yet, join the petition to save Murchison falls at the verge of destruction. The proposed dam is to be constructed on top of the mighty Murchison falls about 65 kilometers west of the recently constructed 600 MW Karuma Hydropower dam which will be officially commissioned in 2020. The Construction of a dam at Murchison falls was termed as “unthinkable” by Uganda Wildlife Authority and vowed to fight the project. Similarly, part of Bugoma forest home to over 500 chimpanzees is to be destroyed for sugar cane plantation. Situated in the hearty of Murchison falls national park, Murchison falls is one of the natural wonders after Which Uganda was called the “Pearl of Africa”. The falls is undeniably one of the top tourist attractions in the country, a must visit by most travelers on Uganda safari.

Who are the petitioners?
Many people have reacted in resistance to the construction of the power project at Murchison falls. The top petitioners in this are the Uganda Wildlife Authority (UWA
0, a government body responsible for tourism and wildlife conservation in Uganda together with Uganda Tourism Board (UTB) responsible for tourism product development and marketing in Uganda and lastly the Association of Uganda Tour Operators (AUTO) which joins together all travel and tour operators in Uganda. These bodies have initiated the campaign (“SAVE MURCHISON FALL”) via social media networks mainly facebook, twitter, watsup, and emails urging lovers of Murchison fall to petition against the hydropower project proposal. Interestingly, the campaign has been welcomed and joined by several people counting to over 25,000 by now.

Why opposed to dam construction
The construction of the Murchison falls dam will definitely shut tourism to the mighty falls. This will limit the number of tourist arrivals to Murchison falls national park since the falls are a major attraction in the park. Also, the construction of a power dam is against the efforts to promote tourism in Uganda. The petition was initiated by Amos Murungi an environmentalist and welcomed by many nature lovers who willingly signed the petition via social media especially watsup, Facebook, Twitter, and email. Murchison falls is one of the target areas where Bonang Power Limited plans to construct hydropower dams. Other areas in Question include Ayago, Uhuru, and Kiba. The construction of a power dam at Murchison Falls will generate 2,550 MW of electricity creating reliable supply to the country and enhancing economic development. Murchison falls is one of the major tourist attractions in Uganda, which attract thousands of travelers to the park. A boat cruise to the bottom of the falls is a must do, a hike to the top of the falls offers visitors spectacular views of the falls and the park while the delta area which forms part of Murchison fails is the best sport for lots of birds and water animals such as hippos, crocodiles, and hippos among others.

About Bonang Power Project
Bonang is a power company that was established in 2014 by tycoon Ernst Moloi with its headquarters in Norway. Some people say that the project has other offices in South Africa but we are not certain. Since its establishment, Bonang has successfully built 2 power dams and the one at Murchison falls will be the 3rd. 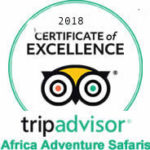 Uganda Airlines Behind the Schedule for its First Commercial Flight

Where To See Mountain Gorillas In Africa